Sri Lanka is gilded by more than a thousand kilometers of beautiful tropical beaches on its southern, western, eastern and northern shores. The idyllic setting of sandy coast lines with swaying palm trees bending over the golden sand lapped by blue waves and corals are paradise for beachcombers. Visitors will always find a beach with sunshine and calm seas with its well-roasted rainfall pattern that keeps half of the island’s beaches rain-free year round.

Unawatuna voted as one of the most beautiful beaches in the world. A beautiful stretch of beach in the south winding its way through stretches of coconut land with amazing colours of turquoise, blues and greens in the sea. It is considered to be one of the safest beaches in Sri Lanka as it is protected by a reef.

About 2 km away towards Matara from Galle, the Unawatuna Beach has a serene surrounding and an excellent location to enjoy the tropical beauty in virtual recluse. An ideal place for swimming and snorkeling as well as bird watching, this sleepy peaceful cove offers a wide range of accommodation scattered around the nearby village, though luxurious places are few minutes drive from the beach.

Bentota is another major beach resort of the island situated in the west coast. With its stunning wide sandy beaches, shallow water, abundance of coral reefs and ecology it offers a great ambiance for relaxing as well as dynamic holiday any time of the year. There are numerous numbers of hotels with awesome beach fronts such as Taru Villa, River House and Club Villa. Other places to see at Bentota is the popular fresh water lagoon which is known as a water racing location and just a few km away is the Brief Garden built by Sri Lanka’s foremost architect, Geffrey Bawa.

Trincomalee, the beach in the eastern city has one of the best natural harbors in the world. Located 257 km from Colombo at the mouth of Mahaweli Ganga, Trincomalee is an ideal refuge for sun lovers with its fine natural harbour and shallow beach that goes up to half a mile into the sea. Off the coast are the whale sanctuary and the Pigeon Island, a breeding ground of the blue rock pigeon. Trincomalee offers not only a stunning beach but also all kinds of water sports.

About 12 km of Colombo is Mt. Lavinia, a beach with colonial touch surrounding which lies alongside a wind swept headland jutting into the waters of the Indian Ocean. It is a great picnic and bathing spot with sand in its softness and pristine blue water. The name Lavinia reminds of a secret love affair between a British Governor and a local damsel who used to meet at the Governors House built in 1805, which was now converted into the famous Mount Lavinia Hotel.

Hikkaduwa is haven for underwater delight situated 98 km of Colombo. The Hikkaduwa beach is highly scenic long stretch of sandy beach with a great number of hostels, restaurants and bars and impromptu beach parties offers a holiday for odd celebratory weekend in a conservative island brimming with culture. Boast its superb waves for surfing, snorkeling and scuba diving. The once popular and marine sanctuary found on the coast of Hikkaduwa which offers an abundance of multi-layered colourful corals and astounding shoals of fish is on the verge of extinction. The site of the famed coral garden can be explored either by snorkeling or riding on a glass bottom boat.

On the north of Colombo lies Negombo, a bustling fishing town with golden sands bathed in tropical sunshine and kaleidoscopic variety of sails provided by the floating boats on the deep blue ocean. Negombo is a paradise for seafoods where much history has been witnessed. Remnants of the Dutch era adorn the beach of Negombo along with the fishing villages which sprinkled in the area.

Weligama, home of the famous stilt fishermen captured the perennial charm of the south coast. The palm trees leaning over the shade waves lapping at sandy bays form the picturesque scenery on this drive. Off the shore is an islet wherein the French Count built his dream house.

Situated about 4 km southwest of Weligama is a beautiful small rocky beach which is calm, relaxing and almost unexplored. Known as a paradise for water sports and bird watching activities, Mirissa can be considered as one of the most beautiful beach in the world. Long deserted and hot but has a breathtaking, red-orange hued sunset. An ideal place for snorkeling with its crystal clear blue water teems with interesting marine life.

Arugam Bay, is a tiny fishing village 32 km south of Pottuvil, repute as a surfer’s paradise before the area became risky due to incidents in and around Pottuvil and on the roads leading to it. It has long, empty beaches and a wide lagoon serves as refuge to copious bird species.

Batticaloa known for its singing fish and picturesque lagoon is situated at a distance of 314 km from Colombo. It was the first Dutch foothold in the island in 1602. 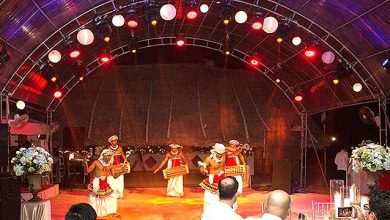 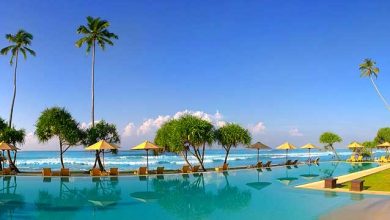 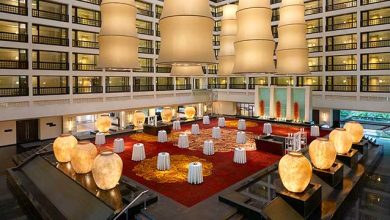 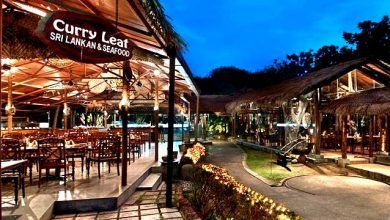