Sri Lanka is a southern appendage of the ancient continent of Gondwanaland which was joined to the Eurasian land mass in the Tertiary era. The island is separated from the Dekkan plateau by the Palk Strait, 100 km across at its widest point; but the strait is rarely more than 150 m deep and the separation is by no means an absolute one, as is indicated by the line of reefs linking Mannar with Danushkodi and the projecting limestone ridges of Jaffna. On a geological time-scale the shores on both sides of the strait are unstable, and even in our own day the level of the sea is apparently tending to fall. Since the original marine transgression which brought the sea into the strait there has been over the past 2000 years at least a gradual withdrawal which has already brought the corals of Adam’s Bridge (which like other corals can live and develop only between the level of the lowest tides and an average depth of 25 m) out of the water.

Nevertheless it is some millions of years since the island was cut off from the Indian sub-continent, as is demonstrated by the existence of so many distinct genera and species of flora and fauna in Sri Lanka. Thus botanists have identified over 800 phanerogams peculiar to the island, and there are a number of sub-species of reptiles not found in India but common to Sri Lanka and the other islands in the Indian Ocean.

This outlier of the Dekkan plateau isolated in the Indian Ocean, a fragment of the old basement complex, consists mainly of ancient metamorphic rocks various kinds of gneiss, schist, crystalline limestone, granites and quartzite. Schist and laminated gneisses predominate in the northern half of the island, producing undulating and featureless landscapes, while the harder rocks, more resistant to erosion, produce inselbergs, ridges of hills and picturesque steep crags. Among these granites and quartzite are found the remarkable veins known to geologists as khondalite series, rich in precious and semi-precious minerals graphite, garnets, tourmalines, rubies, sapphires, cat’s-eyes or tiger’s-eyes, moonstones. These stones, which so astonished the early navigators, are now the subject of an export trade: they can be purchased in lapidaries shops, where those who are knowledgeable enough may hope to find a bargain.

Garnet is a very hard stone, dark purplish red in colour, containing silicates of iron and aluminum. Tourmaline (a word of Sinhalese origin) is a green semi-precious stone. Rubies and sapphires are transparent precious stones formed from corundum (an extremely hard crystallized aluminum oxide). Rubies are bright red, or sometimes pink, and may sometimes be difficult to distinguish from garnets; sapphires range from the bluish white of the Sri Lanka diamond to dark blue. Cat’s-eyes or tiger’s-eyes are aluminates of beryllium, greenish yellow in colour with iridescent lights due to the intrusion of filaments of asbestos. Moonstones are opalescent blue semi-precious stones consisting of the alumino-silicate of sodium known as albite.

Two-thirds of the island consists of an undulating plateau with an average altitude of 300 m, dotted with residual mountain ridges, some of which fall away to cliffs along the east coast (Trincomalee Bay). Some of the soils in this area are ferralitic and form a hard crust of kabook, a variety of laterite which gives the metalled roads a characteristic reddish colour.

In the southern part of the island is a hilly region at altitudes of over 1000 m, accounting for more than a sixth of Sri Lanka’s total area, which is marked off from the plains and plateaus by steeply scarped sides. This is the main source of the island’s water supply, with many rivers which start as mountain torrents, tumbling down through lush vegetation and over waterfalls, and settle down to a more moderate pace when they reach the flatter country below. It is also a major factor in determining the climate of Sri Lanka through the barrier it offers to the seasonal winds. This shattered and faulted horst, thrust up in consequence of fractures in a hard basement complex, contains a number of tectonic troughs in which a few isolated rural and farming communities have managed to maintain themselves. Differential erosion has carved out bold patterns of relief in the hard rocks and has filled in the depressions. Within a radius of 20 km four peaks rise steeply above the surrounding high plateaus (average altitude 1850 m): from north to south Pidurutalagala (2524 m), Totapola (2361 m), Kirigalpota (2395 m) and, farther to the west, the famous Saman or Adam’s Peak (2243 m). North of Jaffna there is an overlay of Miocene rock (with some karstic forms), frequently covered with sand.

Almost the whole circumference of the island is fringed by wide sandy beaches. Between Galle Point and Arugam Bay, a distance of 200 km, the ocean has regularized the southern coast: the result of coastal drift, influenced by the powerful current which flows, according to season, from the north-east or the south-west. Everywhere else the low-lying coastal areas are in process of change. The rivers carry down a mass of alluvial soil to the estuaries, and this is then swirled about by the currents and deposited in the form of sand-spits and offshore bars, or piled up into dunes which are stabilized by a rapid growth of vegetation. Here the geographer can recognized, at various stages of development, all the different forms of coastal deposition described in the textbooks. Sometimes an offshore bar will completely enclose a lagoon, which in time will degenerate into a swamp; but as a rule openings remain for the passage of the tides. In thinly populated areas the lagoons become a paradise for brilliantly coloured waders and web-footed birds, as in the Chundikkulam and Kokkilai National Parks. Apart from a few points on the coast where mangrove swamps have developed (Jaffna, Negombo and Ambalangoda lagoons) the coasts of Sri Lanka are almost entirely edged by immense palm-groves, with areca palms, talipots, coconut palms, palmyras and all the other species of these miraculous providers of man’s needs. In the north-east the jungle and scrub reach down almost to the edge of the deserted beaches.

Except in their lower reaches, most of the rivers are unsuitable for navigation, even in its most primitive forms, with rapids and whirlpools which make a trip in a canoe or dugout a hazardous enterprise. There are two exceptions the Mahaweli Ganga, which flows into Koddiyar Bay, and the Kelani Ganga, which forms an estuary to the north of Colombo. The former is navigable for a distance of 140 km, the latter for 40 km. The boats which ply up and down these rivers are known as paddas long narrow boats rather like barges, often with a roof of matting. On the west coast, parallel with the shore, are canals cut or recut by the Dutch which are still used for transporting rice, salt and other goods. The little coastal rivers of the dry zone are reduced during the rainless months to strings of puddles, providing a breeding ground for a malaria carrying mosquito, Anopheles culicifacies, has not entirely disappeared. The whole of the low-lying part of the country is covered with a network of water channels (elas) which in the wet regions serve to drain off the surplus water carried down by the rivers in spate and in the dry regions distribute the water stored in the numerous reservoirs. 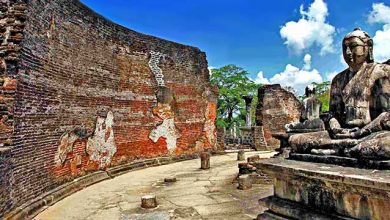 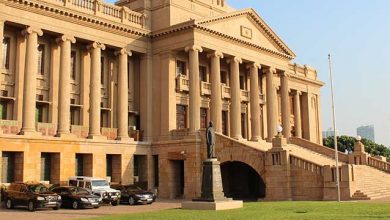 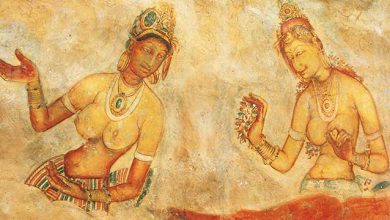