Colombo is the commercial capital city, it is the gateway to Sri Lanka, whether you come by sea to the modern harbour or fly into one of the two airports, Colombo Bandaranaike, at Akatunayaka, near Negombo (32 km north) or Ratmalana (16 km south).

In 1971 Colombo’s population within the city limits was 571,000 and present the city’s population is more than 750,000. Colombo metropolitan area has a population of 5.6 million. It extends over a distance of some 12 km from north to south, on either side of an older nucleus round the Fort. The built-up area forms a rough quadrilateral some 5 km wide, with a total area of 35 sq. km, on the former delta of the Kelani Ganga, now drained by numerous canals (elas). It is a flat site, four-fifths of which are less than 9 m above the level of the highest tides; a tenth of the whole area becomes swamp land when the river is in spate.

The present city results from the coalescence of three earlier settlements the ancient port of Kalamba with its fishing villages, the sacred site of Kelaniya north of the river, and the old Sinhalese capital of Kotte on a hill 8 km from the harbour.

The origins of the port of Kolamba, in a small bay south of the principal mouth of the Kelani, protected by two rocky headlands of volcanic origin, are lost in the mists of time. In ancient times seamen from the West were carried here by the winds of the south-west monsoon: it may be Ptolemy’s Headland of Zeus (the Shrine of Kelaniya, where a great god was worshiped, is only 5.7 km away), or possibly the Haven of Priapus a name which may have been given to it by some Alexandrian seaman who recognized a phallic cult in the ceremonies of the native animist religion (like the Brahman cult of the lingam).

The port certainly existed in the 4th century, since the Chinese traveler Fa Hsien tells us that he embarked at Kua Lang Pou. In the 14th century the Moroccan traveler Ibn Batuta met fellow Muslims belonging to a community which had been established here for six centuries, as well as seamen from the Far East. At the beginning of the 15th century Vira Alakeshvara, king of Gampola, built a stronghold two leagues from the sea and made it his capital under the name of Kotte.

On the right bank of the Kelani, at the village of Kelaniya, there had been since very remote times a temple which attracted large numbers of worshippers. It was said that the Buddha had visited it during his legendary journeys to enlighten the worshippers of the god Vibushana, who is still venerated, along with Vishnu, in the present temple. 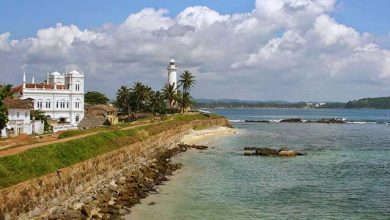 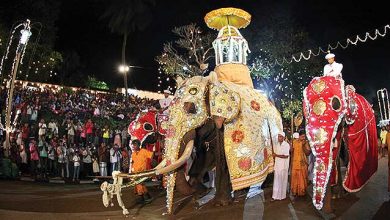 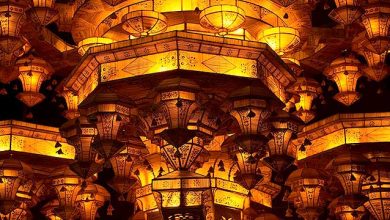