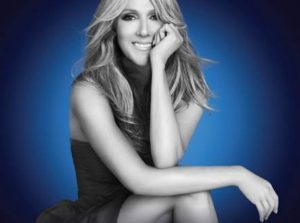 Macao (Macao SAR) – January 11, 2018 (travelindex.com) – World-renowned singer Celine Dion has announced she will bring her highly anticipated Celine Dion Live 2018 to The Venetian Macao’s Cotai Arena on June 29 and 30, 2018. Part of a seven-city tour across the Asia-Pacific region kicking off June 26 in Tokyo, tickets for Celine Dion Live 2018 in Macao will go on sale soon at all Cotai Ticketing box offices.

One of the most immediately recognised, widely respected and successful performers in pop music history, Celine Dion has sold almost 250 million albums during her 30-year career, earning five Grammy Awards, two Academy Awards and seven American Music Awards. In 2004 she received the Diamond award at the World Music Awards recognising her status as the best-selling female artist of all time. In 2016, the Billboard Music Awards presented her with the lifetime achievement Icon Award. Celine continues to break records with her ongoing Las Vegas residency which has seen her play over 1,000 shows to more than four million fans.

AEG Presents
AEG Presents is one of the largest live music companies in the world. The company is dedicated to all aspects of live contemporary music performances, including producing and promoting global and regional concert tours, music events and world-renowned festivals. AEG Presents promotes more than 8,000 shows annually worldwide.

Entertainment at Sands China Properties
Sands China Ltd. has as a clear vision to establish Macao as Asia’s top entertainment destination. The 15,000-seat Cotai Arena and 1,800-seat Venetian Theatre are the only venues in Asia ranked in Pollstar’s Top 100 Worldwide Arena Venues and Pollstar’s Top 200 Worldwide Theatre Venues based on ticket sales. It is the top entertainment destination in southern China, hosting the world and region’s biggest names in music, sports and awards shows. Superstars frequently choose the venue as the starting point of their Asian tours.

The 1,800-seat, multi-purpose Venetian Theatre is one of the most luxurious entertainment venues in greater China. Featuring ushers in black tie, champagne service, gourmet food and beverage items and other unique, premium amenities, it offers an intimate, luxurious and exclusive venue experience. The Venetian Theatre is playing a key role in bringing the best in international and Chinese entertainment to Macao, with a theatre experience like no other in the region.

The 650-seat Sands Theatre regularly features internationally-renowned singers, performers and artists of the highest calibre. From traditional Chinese-costumed dance to modern performances, everything from Western rock to Cantonese pop is covered.

Offering world-class diversity and quality, Sands China Ltd.’s next generation of live venues is ushering in a new era of entertainment in Macao.

Rolls Royce Joins Hands with Vatanika to Strive for Perfection