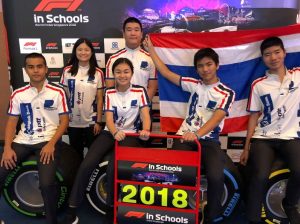 Singapore (Singapore) – October 19, 2018 (travelindex.com) – Pursuit Racing from Amnuay Silpa School was chosen to be one of Thailand’s representative teams to compete in the F1 in Schools World Finals 2018 recently. Over eight months of hard work and dedication was put into the preparation of the project in all aspects ranging from budget planning, recruiting sponsors, conducting research and experimenting to build the fastest model-sized F1 car, and coming up with a marketing and social media strategy. These responsibilities covered three main areas, engineering, marketing and finance, and were divided amongst Pursuit Racing’s six talented team members consisting of Year 9 and Year 12 students, aged 13-16 years. Three team members competed once before as part of last year’s team, while the other three were recruited this year.

In terms of the actual car racing at the event, Pursuit Racing ranked second in terms of the overall race time, had the fourth fastest car, and was fifth seed for the knockout round of 16 final teams.

Aside from the car racing, the final overall team results also took into account the engineering, business and pit display scores and were announced on the evening of the gala dinner. Pursuit Racing came in sixth place out of fifty, making it the highest scoring Asian team for 2018! The winning team was Horizon from Australia, and the teams in second to fifth place were CJJ Autovinco from Ireland, Perspective from the USA, Alacrity Project from Greece and Origin from England, respectively.

Pursuit Racing’s team manager Por Oudomying stated “Last year was Thailand’s first time participating in this competition. The team had to work under various limitations and pressure due to our lack of experience and with only three months to prepare, which was less than half the time our fellow competitors had, so our results weren’t the best they could be. This year, however, we were more prepared and, thanks to the cooperation we received from all sides we achieved our goal of being in the top ten teams for overall performance. On behalf of all Thai youth, I am proud that Thailand was properly recognized on the F1 in Schools™ stage. Last year our team won awards for the best website and the Autodesk Pressure Challenge, which was a special challenge in which competitors were given a surprise scenario and had two hours to come up with a solution. While last year’s scenario had to do with Formula One drivers’ safety, there was no Autodesk Pressure Challenge this year.”

Participating in the competition would involve various costs such as the registration fee, car manufacturing costs, and travel and accommodation costs and teams were given the freedom the choose how to raise funds. Pursuit Racing decided to approach organisations that support education for Thai youths and was fortunate to be sponsored by 12 organisations including Bangkok Bank, PTT, Bangkok Airways, Insight Telco, Bira Circuit, Jorakay Corporations, CTC, Autodesk, Thai Star Shipping, CP Meiji, Amnuay Silpa School’s Parent Teacher Association, and Amnuay Silpa School.

“Thank you to all our sponsors for making our participation in this competition possible, and for helping make Thailand known in the world of F1 in Schools™. We were honoured to present our project to so many corporate executives and grateful for our sponsors’ beneficial advice on the competition, university studies and our future careers. We’d also like to our parents, who guided us through this project helping us whenever we encountered something we didn’t understand or got stuck. Thanks to the parents’ professional experience, we gained skills and knowledge we wouldn’t have been able to find elsewhere,” added Akapat Thammongkol, the team’s marketing manager.

As one of the main purposes of F1 in Schools™ is to allow students to experience working in an actual business, the team made sure to work together as often as possible, both online and in meetings, and were welcome to ask for advice from professionals. For instance, they spoke with professional engineers, contacted the cofounders of Brand Now Asia to learn about marketing, and received assistance from Krinbourne Communications in publicising their story. Mr Pantachak Wong Preecha guided them in dealing with and contacting many sponsors and they met with Mr Philip Massoud, a professional race car driver for inspirational and motivational advice.

Pursuit Racing also received advice from Amnuay Silpa School teachers. Moreover, the school provided support by investing in car manufacturing equipment and allowing the team to use the equipment after school hours. They also are very grateful for the kind manufacturing support of Mr Robert Ortiz.

According to the team’s lead engineer, Siwakorn Chinpongsuwan, “Coming in sixth place out of fifty teams is a huge success, as we chose to balance our work in all aspects of the competition rather than focus on the outcome of one in particular. We are all proud of our team and our accomplishments and agree that F1 in Schools™ has given us the opportunity to learn things that you might not be able to learn in a classroom. I’m sure that kids from all around Thailand will be interested in this competition and I believe that one day it will be a Thai team waving the national flag on the champion’s podium.”

F1 in Schools™ challenges the creative thinking, ability and understanding of secondary students and it is based on the actual Formula One. Using STEM (science, technology, engineering, mathematics) every team must design and manufacture carbon-dioxide propelled miniature cars and race them on a 20-meter track and effectively integrate all this management, marketing and finance.

Mr David Eccles, the team’s engineering advisor and design teacher, spoke from an advisor’s point of view, saying, “Amnuay Silpa School firmly believes in the benefit of project-based learning, teamwork and STEM which develop thinking skills, scientific creativity, and problem-solving abilities. F1 in Schools™ is the ultimate challenge as the team must not only design and manufacture the fastest miniature racing car but also function as a real F1 team by raising funds for the project.”

About Amnuay Silpa School: Amnuay Silpa (ANS) is a bilingual school offering a combined Thai-UK curriculum. With over 90 years of history, the school offers education from the foundation phase to the secondary phase, and has over 70,000 alumni, including six former Prime Ministers. Established on the 24th May 1926, ANS was accredited by Exeter University as the first and only Thinking School in Asia in 2013 and was awarded Advanced Status by the Department of Cognitive Education at Exeter University in 2017.

About F1 In Schools™: F1 In Schools™ is a global multi-disciplinary challenge that inspires teams of students aged 9 to 19 to use IT, CAD/CAM software, physics and aerodynamics to design, analyse, manufacture and race model F1 cars and to learn about branding, graphics, sponsorship, marketing, leadership/teamwork, media skills and financial strategy in setting up their own enterprise. 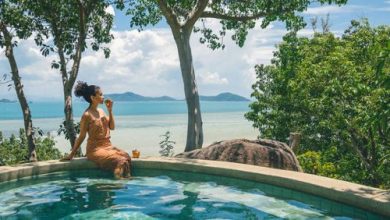